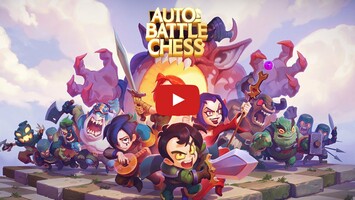 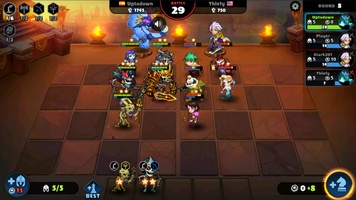 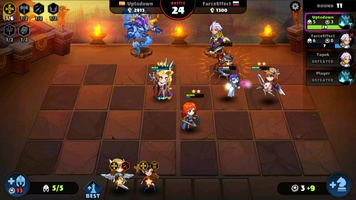 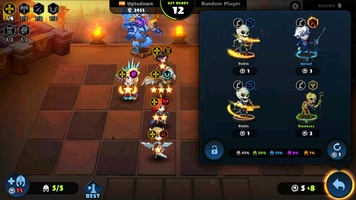 Advertisement
Auto Battle Chess is a 2D 'auto chess' game where your mission is to destroy your opponents using a series of heroes that attack automatically. Unlike what happens in other titles from the genre, the rounds are short and sweet, lasting only 10 minutes or less.

The gameplay in Auto Battle Chess is similar to other games in the genre. In order to defeat all your opponents, you'll need to create the most powerful group of heroes that you can, investing the coins you earn from the combats. Some important factors to consider: if you combine two heroes of the same type, you'll increase their power; and if you create synergies between your heroes, you can get tons of bonuses.

The thing that really makes Auto-Battle Chess stand out from other similar games is how short the round are, usually lasting less than 10 minutes. Another difference is that between rounds, you can equip your favorite heroes with all sorts of weapons and armor, which will improve their attributes.

Auto Battle Chess is an incredibly entertaining 'auto chess' game that has great graphics and offers a quick and straightforward game experience. To top it all off, the game has dozens of heroes and hundreds of different objects to equip your favorite characters with.
Reviewed by Andrés López Translated by Sarah Odebralski
Advertisement

Why is this app published on Uptodown?
(More information)

We need an update.

Car Parking Multiplayer
Drive around an extensive map for a realistic parking experience
Clash of Clans
Crush enemies and lead your clan to glory
Mobile Legends
An excellent, but shameless, League of Legends clone
Clash Royale
Clash of Clans characters face off in epic duels
Scary Teacher 3D
Escape the terrifying teacher!
Bus Simulator Indonesia
Drive a bus through Indonesia with this simulator
Vegas Crime Simulator
Try not to get caught breaking the law!
Clash Mini
Play with tiny Clash of Clans characters

Stealth Master
Get rid of the guards on these skyscraper rooftops
Jogo do Bilhão
How good are your trivia skills?
Crossword Lite
With these crosswords, you'll never be bored again
Stick of Titan
Several mini games inspired by Attack on Titan
One Gun: Stickman
Improve your weapons and defeat enemies nonstop
Gunship Battle: Total Warfare
Defend your base and win each battle through air and sea
Little Panda: Princess Dress Up
Help the princess find the best dress in each kingdom
Backgammon - Narde
Try Narde, a fun variation of Backgammon